...even more important than that silly little match in Sofia, is the 26th North American Masters, held in the same location as the MCA FIDE Futurity.  I stopped by the site early and said hello to organizer Sevan Muradian and the nattily-dressed Jon Burgess.

Posted by Bill Brock at 6:45 PM No comments:

Step by this weekend to say hello and kibitz at the Skokie Holiday Inn. Thanks to Chris Baumgartner and MCA for organizing the event for us fish. Details here.  The format is very cool: it's a 9-round round robin: five games this weekend and four more in June.

Check it out on ChessBase!

Interactive board.
Posted by Bill Brock at 8:53 AM No comments:

Good stuff.
Posted by Bill Brock at 8:26 PM No comments:

....and endings with bishops of opposite color.

In his Internet Chess Club commentary, GM Har-Zvi mentioned the famous Flohr-Bothvinnik game from the 1955 Soviet Championship as a wonderful example of the principles behind opposite-color bishop endings.  It's not so important who has more pawns; it's more important to have more than one threat, ideally on opposite sides of the board. 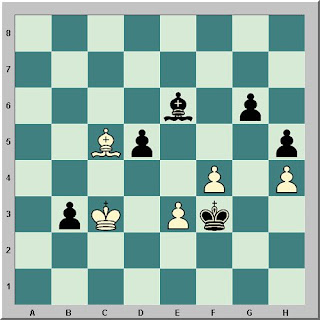 Posted by Bill Brock at 3:11 PM No comments:

The endgame reached in today's Game 9 of the World Championship was painful for us Anand fans: Anand missed more than one clear win, and had to settle for a trivially drawn two rooks plus f-pawn vs. queen ending.  It was doubly painful for me, as I once had a winning version of the same ending against my friend Tam Nguyen.  I should have lost, but Tam was feeling merciful....

Posted by Bill Brock at 2:44 PM No comments:

And here's an interactive version of the same article.
Posted by Bill Brock at 3:17 PM No comments: 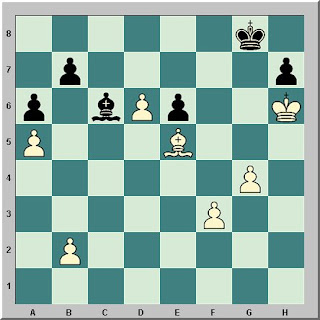 When Anand resigned, many of the spectators were mystified.  Can you figure out how White wins by force?

Many of your questions will be answered by the analysis at ChessVibes (which references Sergey Shipov's analysis session with special guest Garry Kasparov).
Posted by Bill Brock at 7:47 PM No comments: 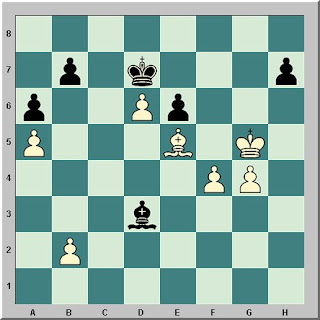 
How do you evaluate the position after 57.f5?  (The question mark is for you, not for the move.)
Posted by Bill Brock at 7:37 PM No comments:

"TomCruise" on the Internet Chess Club (GM Pentala Harikrishna) analyzed the position after White's 44th move long before it occurred in the game. 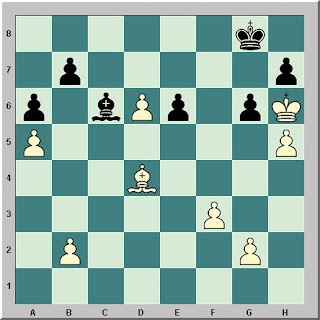 Anand found the drawing move, but went wrong later.  This position may become a classic in endgame books.
Posted by Bill Brock at 7:23 PM No comments:

MrHat opines on Black's best move in the following position: 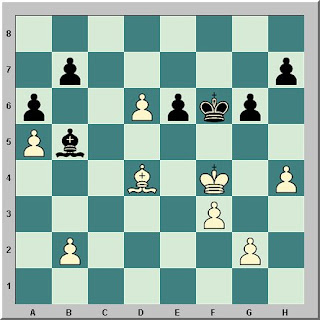 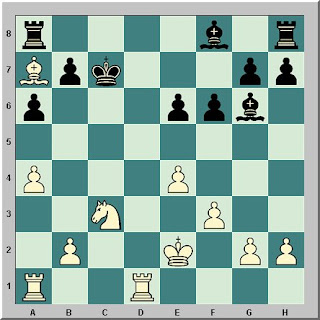 (There's actually more than one way to win, but there's only one best way.)
Posted by Bill Brock at 6:32 PM No comments:

"...Anand played the only losing move"

An absolutely stunning blunder by Anand.  Momentum to Topalov!

Posted by Bill Brock at 3:40 PM No comments:

Congratulations to the Greengard family!
Posted by Bill Brock at 7:59 PM No comments:

The perils of Pauline 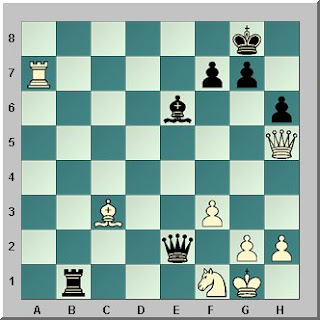 Here's a cute tactic (based on a possible variation from an Anand-Topalov game a few days ago; the same combination was relevant in the Shirov-Dominguez game from this year's Corus).
Posted by Bill Brock at 7:32 PM No comments:

How Did I Do So Well?

I received a lovely e-mail today (actually a few weeks ago: I overlooked Vince's entry during tax season!--BB) from the Chicago Industrial Chess League which read as follows:

Please join me in congratulating Vince Hart from Excaliburs on being this year's North Division MVP. Vince went 6-0-2 on the season with multiple incredible wins. This resulted in +102 rating points, which is especially impressive at the level Vince is.

Once again... Great job, Vince! Please share your method with the rest of us...

I really wish I could share my method, but I am not really sure why I beat Robert Morris, Florin Inumerable, and Yuri Fridkin who sport CICL ratings of 2211, 2223, and 2189. I don't really think that I am that good.

One of the things that I think has helped my game a great deal is working with high school students. Several of the players I coach are very aggressive and always want to attack, but I have been trying to explain to them that an attack is much more likely to be successful for the player who has an advantage in development and that they should be wary of opening up a position when their opponent’s pieces are well developed. In my game with Florian Inumerable, I saw the opportunity for an interesting exchange sacrifice and even though I could not calculate all the possibilities, I relied on the fact that Florian had wasted a little too much time in the opening. Neither of us played flawlessly thereafter, but I think I won mostly because my position was easier to play.

Posted by Vince Hart at 5:50 PM No comments:

Did Anand miss a win? 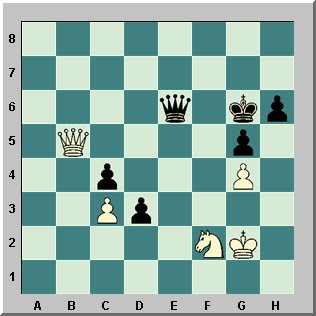 Posted by Bill Brock at 4:55 PM No comments:

Wow, lots of tournaments this weekend!  (I'm playing in one of two invitational events in Skokie that I haven't even mentioned yet....)  Find out more about the Chicago Industrial Chess League here!

To be played Saturday May 8 starting at 9:00am at the Thai Buddhist Temple, vic. 75th & Harlem in Chicago

Format: 3 round Swiss tournament, with multiple sections as needed

Prizes: $30 for 1st place and $20 for 2nd place of each section. (But only for 1st place if the section has less than 7 players). All prizes are only in gift certificates or trophy (your choice).. If the value of a prize is less than $10 due to ties, cash only may be issued. Only members of the CICL are eligible for prizes..
Registration: Please pre-register by sending email to TD Tony Jasaitis with Chess Tournament in the subject line.If unrated, please provide an estimate of rating.

Eligibility: This tourney is open to all CICL members, and also open to all potential, future CICL members. You must be 16 years of age or older to play in this tournament. USCF membership is not required.

Ratings: Games are rated by the CICL for CICL members. Games add to CICL members' Centurion game count. Games  are not rated by the USCF. Where reasonable, paring of unrated players will be avoided to hep them get ratings quicker.

Note; the TD's top priority is the Playoffs Tournament.

Posted by Bill Brock at 3:37 PM No comments:

Posted by Bill Brock at 2:51 PM No comments: 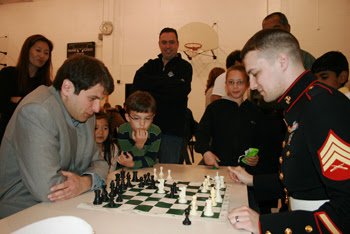 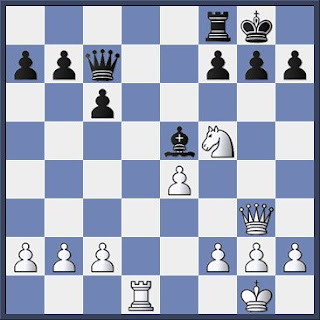 Posted by Bill Brock at 1:12 AM No comments: