Is Liv talking about me again in People? 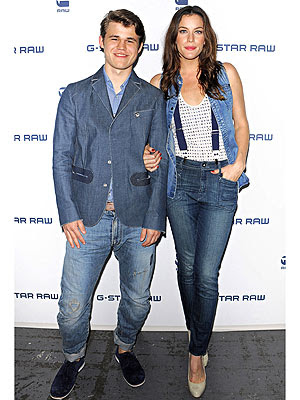 Those jeans reminded me of Dvoretsky

. Anyone under 2000 should not be reading his books and I'm guessing anyone over size four would be ill-advised to wear what one woman called a "3-dimensional cut which follows the natural curve of the body."

Follow the action on the Internet Chess Club (subscription required).


Or stop by the North Shore Chess Center at 5500 West Touhy Avenue, Suite A, in Skokie!
Posted by Bill Brock at 3:22 PM No comments:

"The Role of Deliberate Practice in the Acquisition of Expert Performance"

What's the best way to improve at chess?  This famous study doesn't offer any easy answers, but it does suggest a road to mastery.

A popularization of this study is the basis of one chapter in Malcolm Gladwell's Outliers: The Story of Success

(which you really should read even if you don't particularly care for chess!).
Posted by Bill Brock at 9:02 AM 2 comments:

It's on craigslist, so it must be legal

No warranty, express or implied.  (I don't know who posted this ad.)

But teaching chess to kids is always a fun gig!
Posted by Bill Brock at 2:48 PM No comments:

The opening trap that wasn't

Posted by Frederick Rhine at 11:13 PM No comments:

Edward Winter has published a new feature article about Bent Larsen, Bent Larsen (1935-2010), which has a lot of interesting quotes from him.

I once met Larsen. I was attending Columbia Law School in New York, and went to see the end of New York 1984. I saw Larsen, introduced myself, and thanked him for ranking my game against Sprenkle the most theoretically important in Informant 32. (Byrne ranked it second, Razuvaev ranked it tenth, and the other judges were underwhelmed. Overall it ranked 8th-9th, tying with Fedorowicz-Plaskett. See Informant 33, p. 9.) He kindly remarked that some of my moves in that game had been hard to find. A very nice man. How often does an ordinary master get such a compliment from a living legend?
Posted by Frederick Rhine at 8:34 PM No comments:

Blaze game of the week

...to his game with Steven Zierk of the San Francisco Mechanics (see previous post) are on the Blaze blog!
Posted by Bill Brock at 6:42 PM No comments:

Board 3: an optical advantage?

Back to last week's Blaze win against the San Francisco Mechanics....

The London System has an innocuous reputation, but it's a dangerous weapon in Angelo Young's hands. White has a beautiful-looking (almost winning?) position after 17 moves, but Angelo couldn't find a way to convert.

18.e6!? is an interesting try in the diagrammed position below: the Rh8 gets trapped in some variations. But Black seems to be able to defend here, too. Thoughts?

Posted by Bill Brock at 1:01 PM No comments: