Last October, a pleasant gentleman asked me to plug his December event.  I'm embarrassed to say I forgot: my apologies!

My incipient senility aside, we're generally happy to give free publicity to any Chicagoland chess event, or any major Illinois even, or even Midwest & national events of particular interest to Illinois players.  Whether the editors of this blog like you is not relevant.  If it's a good event of interest to Chicago players, you're welcome to send it.

I would appreciate getting copy that requires minimal formatting.
Posted by Bill Brock at 12:00 PM No comments:

Email ThisBlogThis!Share to TwitterShare to FacebookShare to Pinterest
Labels: feeding the beast

Cut and pasted from my email.  Just like Cubs fantasy camp, except that the Blaze have a chance!

I am happy to announce to the first Chicago Blaze chess camp will occur on Saturday July 9th from 11:30am-3:30pm with a free simul for participants starting at 4pm [...].
Your value is here for only $75 advance entry (recommended as space is limited):
You may call or email me with questions (or contact Sevan Muradian via sevan@nachess.org.

Please help spread the word to your community and friends!

See this link for details!
Posted by Bill Brock at 11:53 AM No comments:

New video from Chess at Citadel

Matthias Pfau's comments are already interesting.  I enjoyed watching this game (even as King Ong was thrashing me on the adjoining board), and participated in a bit of the post-mortem.

Posted by Bill Brock at 8:24 PM No comments: 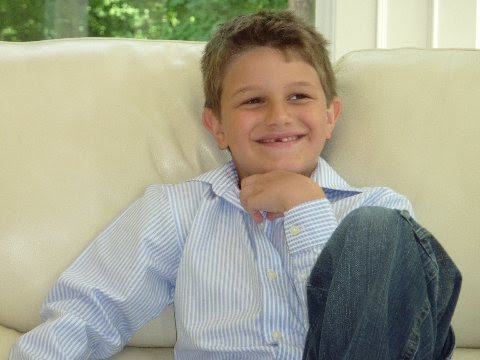 Dr. Turgut's notes went up instead of mine.  Fixed!  Yours truly sent the wrong file.  But in the meantime, you can Enjoy the fine games of this handsome young man!
Posted by Bill Brock at 8:19 PM No comments: 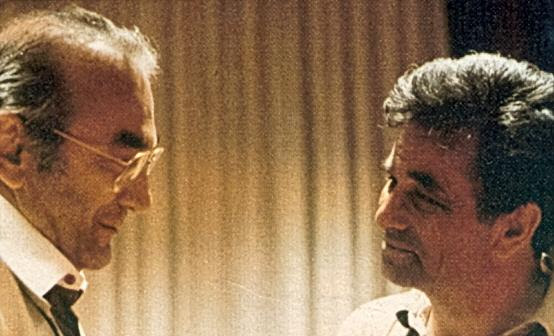 The late actor (with Viktor Korchnoi, Pasadena 1983) was a strong amateur chess player. There are a couple more pictures here, including one in which he looks like his most famous character, Lt. Columbo. (The plot of one episode of Columbo was inspired by the Fischer-Spassky match.)

Pasadena is of course where the famous Kasparov-Korchnoi match was played, and where Bobby Fischer lived in seculsion for many years.
Posted by Bill Brock at 8:11 PM No comments:

Mild disappointment for Nakamura in Bazna

I can't pretend to care about tiebreaks in a round-robin: Magnus Carlsen and Sergey Karjakin tied for first in Bazna with impressive 6½-3½ scores.  Hikaru Nakamura lost to Vassily Ivanchuk in the last round, and dropped into a third-place tie with Teimour Radjabov, each with 4½-5½.

Story and games at The Week in Chess.  Check out Ivanchuk's postmortem interview on ChessVibes:

Posted by Bill Brock at 8:35 PM No comments:

The Immortal Game was played by Adolf Anderssen and Lionel Kieseritsky on June 21, 1851.  Happy 160th anniversary!


Kieseritzky liked the game so much [that] he looked for any opportunity to show and publish it, apparently with success. Two years later, utterly impoverished, he died in Paris. Only the waiter from his favorite chess cafe in Paris showed up for his funeral. So much for fame and immortality in chess.

White sacrifices a bishop, two rooks, then a queen!  By 21st century standards, portions of the game are a bit silly (the defense is not of a very high quality compared to the Evergreen Game), but the concluding combination is something to behold. For the short version, advance the video to the ten-minute mark.
Posted by Bill Brock at 3:46 PM No comments:

Scholastic and Open events in Highland Park this Sunday

Alexandra Kosteniuk passes along a credible rumor from a Russian chess news site: Hou Yifan of China and Humpy Koneru of India may play their world championship match in Chicago later this year.

And look at the powerhouse lineup for the Grand Prix event to be held here in Chicago August 1-15!

When FIDE is involved and the lead time is short, I get a bit nervous. Please let us know if we can help!

Heh: see the comments for the (amusing) probable explanation!  You know, we'd be a great site for the Anand-Gelfand match....

Hikaru Nakamura is certainly trying to make something happen in the final rounds of the Bazna Kings, but it's not so easy to beat one's 2750+ peers. Today, Nakamura resurrected the Petrosian System against the Queen's Indian, a favorite weapon of Kasparov in the early 1980's.

Karjakin makes the position look like of these newfangled Grünfeld lines, and Nakamura can't do anything with his slight edge. A reasonable draw.

Posted by Bill Brock at 9:39 PM No comments: