See twelve moves ahead at a glance


One move wins, everything else loses.

Roughly, Yusupov's goal is in these first three books is to give the under-1500 ELO player the knowledge needed to make it to 1800.

The three-book "Beyond the Basics" series (all with blue cover) is intended to bring our knowledge up to 2100...

...and the three-book "Mastery" series (green covers) gets even harder.

My peak USCF rating (so far!) is 2172, and I'm still slowly working my way through the orange books!  As Yusupov argues in the introduction, "The reader will benefit from the methodical build-up in this book, even if some of the material is familiar, as it will close any possible gaps in his chess knowledge and thus construct solid foundations for future success."  So in a given chapter, I might be able to solve 80% to 90% of the problems easily, but I'm finding some chapters surprisingly difficult.  (We chess autodidacts can fill gaps in our education, and these books are an amazing teaching resource.)

Yusupov studied with Dvoretsky, but these books are far more accessible than any Dvoretsky book I've ever picked up.

Story here.
Posted by Bill Brock at 1:27 PM No comments:

As of this afternoon, we've got a whopping total of seventeen preregistrants for the 2013 Illinois Open.  With three grandmasters entered, it's true that your odds of winning the state title are low.  But with generous cash prizes and an incredibly strong field, your chances of having fun and bringing a little money home are high!

Or maybe you're a procrastinator like me?  (I was waiting till payday to enter....)

If you want to save the $3 convenience fee, Tim Just needs to RECEIVE your entry by August 26th.  Enter by mail here (this link is for non-ICA members).

ICA members, enter online here and save $5!  Or get your darn entry in the mail today and save another $3 (less postage): enter here (members only).

It's always educational to analyze one's games, even "stupid" games like online blitz games, with a strong engine like Houdini. In the following game, for example, I made a major tactical hiccup on move 10, which should have dropped a piece - to which I, and apparently also my opponent, were oblivious. Then I did something right, exploiting his inaccuracy on move 15, and got "an easily won game." I blundered on move 23 with a "loose" move, which he exploited with a tactic that should have left me scrambling for a draw. But just two moves later he fell into a back-rank trap that left me in an ending an exchange up. Thanks to the wonders of premove, I was able to convert it into a win despite the dearth of time on my clock.
Posted by Frederick Rhine at 2:28 PM 2 comments:

To be more specific, the Julius Meinl on the southwest corner of Lincoln and Montrose...see you there!
Posted by Bill Brock at 3:37 PM No comments:

Beware of this sort of thing - White pieces converging on c7 - in the Sicilian.
Posted by Frederick Rhine at 3:28 PM 2 comments:

More from the Trib: "I got the sense, reading this, that soccer and chess are for the ruling class of the future and dance is for the servants."  The book under discussion is Hilary Levey Friedman's Playing to Win: Raising Children in a Competitive Culture

We all want our children to flourish, but sheesh, dance is cool, too.
Posted by Bill Brock at 3:08 PM No comments:

"I ain't never heard the truth to be inconclusive" 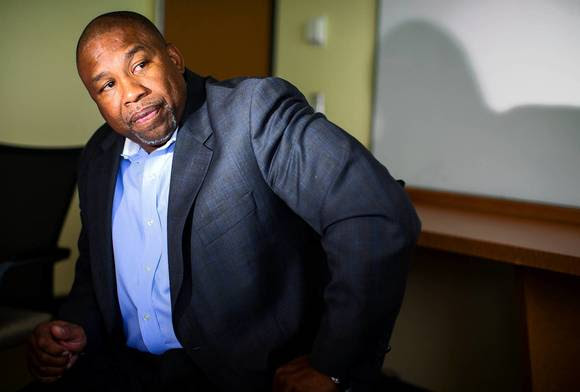 From today's Tribune: did playing chess develop Mr. Savory's long-range planning skills, and help one execute a thirty-six-year plan to potentially clear his name?
Posted by Bill Brock at 2:57 PM No comments: