U.S. Women's Champion Irina Krush raps. I do not pretend to understand the meaning of everything to which I link.


Peace out, Chicago!
Posted by Bill Brock at 3:12 PM No comments:

White can even aim for this trap with an extra tempo, e.g. 1.Nf3 d5 2.b3 c5 3.e4?! dxe4 4.Ne5, the Norfolk Gambit, which occurs 11 times in ChessBase's Big Database. It was advocated by the late Claude Bloodgood, who became one of the highest-rated players in the country while serving a life sentence for murdering his mother. He wrote books about three of his pet openings: the Norfolk Gambit, the Hartlaub Gambit (1.d4 e5? 2.dxe5 d6?), and Grob's Attack (1.g4).

Posted by Frederick Rhine at 4:54 AM No comments:

"US Chess School Comes to Dallas" 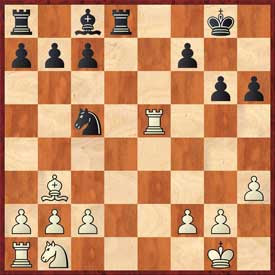 Here's another wonderful article by the wonderful Elizabeth Vicary.  Greg Shahade and Aviv Friedman use delightfully nonroutine quiz positions in their classes!
Posted by Bill Brock at 7:43 PM No comments:

Posted by Frederick Rhine at 3:20 AM 4 comments:

Even I wouldn't go THAT far

For future reference: if you must play for dollars at the pavilion, it's touch-move, baby.
Posted by Bill Brock at 2:08 PM 3 comments:

Alas for Black, later analysts convincingly refuted 3...f5? in two different and surprising ways. Accordingly, the French GM Christian Bauer now calls the move "simply suicidal" (Play 1...b6, p. 5). In both lines, White disdains the immediate capture on g8 and instead attacks Black's king. It is important to learn at least one of these busts so that you can refute 3...f5? if someone plays it against you.

Here is an online game I played yesterday. Unfortunately for my opponent, I was able to remember Spinhoven's analysis. Black played the latter part of the game weakly, but had an objectively lost position in any event. 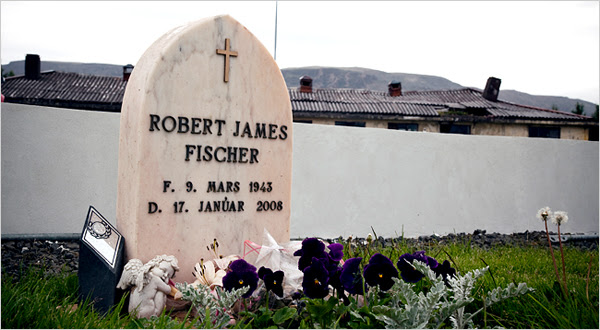 New York Times chess columnist Dylan Loeb McClain introduces us to the strange story of Fischer's estate.  (Estate attorneys may wish to order reproductions by the thousand: great marketing material!)
Posted by Bill Brock at 11:04 AM No comments: