White to play
Can you evaluate this position more accurately than Rybka?
If so, why?
Sevan Muradian told me that Robert R. Desjarlais's Counterplay: An Anthropologist at the Chessboard

.  Mig discusses that review, too.


And guess who was on the Georgian version of Who Wants to Be A Millionaire?
Posted by Bill Brock at 11:55 PM No comments:

Warren Junior Program director Andi Rosen (who's been busy this week!) announces the 2011 awards on the ICA website.
Posted by Bill Brock at 8:24 PM No comments: 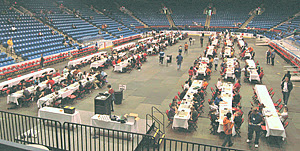 Forty-three teams at the U.S. Cellular Coliseum in Bloomington
Posted by Bill Brock at 7:42 AM No comments: 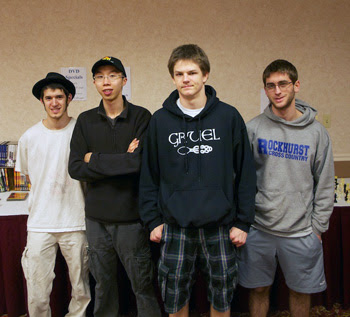 The uchicago.edu team finished 2nd on tiebreaks
Next year, why not "Straight outta Quadrangle"?
Here's the list of prizewinners and here are the MSA results by player.
Posted by Bill Brock at 7:37 AM No comments:

Local Class A player Dean Arond plays many objectively dubious openings.  But he knows them very well, he has fun playing these sharp lines, and more than one master has fallen into his snare.  In the following game, Dean equalizes against Whitney Young's Sam Schmakel with an opening best known as a beginners' trap. 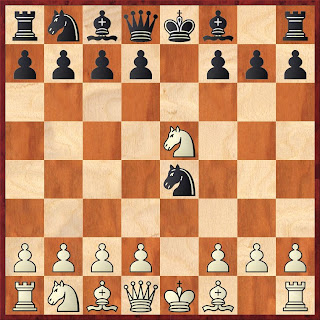 
I thought the ending was interesting, too!  You can play through the game on the interactive board below:
Posted by Bill Brock at 7:11 AM 2 comments: 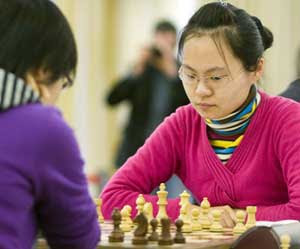 See Sevan Muradian's article at Chess Life Online!
Posted by Bill Brock at 5:48 AM No comments:

Essential reading: the section on techniques for breaking through plateaus is of particular interest to chess players.
Posted by Bill Brock at 11:47 PM 1 comment:

NM Gopal Menon, who's one of the strongest "bullet" (one-minute game) players on the Internet Chess Club, didn't win a prize this year, nor did NMs Stamnov or Karagianis.

Results are here!
Posted by Bill Brock at 7:06 PM No comments:

Mr. Brady will be discussing Endgame

. It's a collection of (you guessed it) 1001 positions from actual play (mostly in the last few years) where the player on move can checkmate by force in a few moves. It is a great book, which I think will be useful to a wide range of players, say from 1400 to 2400. I'm 2200 OTB and can solve most of the problems pretty quickly (197 out of the first 200), but still find them useful for honing my tactical skills. They should be even more useful for lower-rated players, who will find a lot of mating ideas that are new to them. Chess is largely a matter of pattern recognition, so exercises like these are useful to everyone. It's reasonably priced, too - only $15.75 at Amazon.com.

Here is a position, from Kotrotsos-Stiri, Iraklion 2005 (No. 640 in Nunn's book) that surprised me. I solved it quickly enough, but might not have if I hadn't known that there was a mate to be found. White, on move, must force mate. 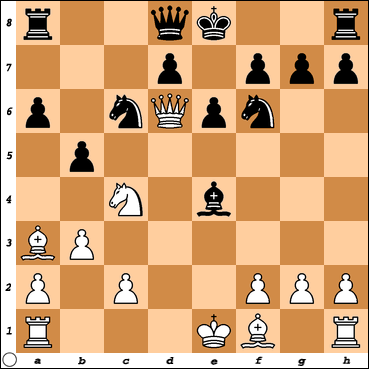 A trap in the Slav