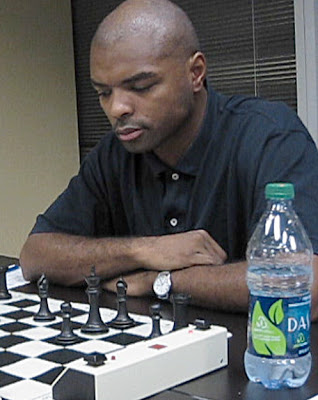 When there is an elephant in the room, one should not ignore the elephant.

I generally try to keep this blog kid-friendly and light.  After all, chess is only a game. Feel free to skip this post: it's therapeutic for me, and (I hope) for a few others.  But this post is not kid-friendly, and it's not light.

No offense is intended to the deceased or to his many friends.  Several friends and I are heartbroken and angry at ourselves.  (Well, I am.)

And we are not the ones who were closest to Isaac...

Our dear friend Isaac Braswell had a very difficult life. He was not fortunate enough to be raised by his parents. He struggled with serious health problems, with disability, with poverty, and (we now know) with depression. But he was the most cheerful person I knew in the Chicago chess community.

And Isaac was a genius. Although there are probably a dozen or more players in Chicago's African-American community who were stronger (Isaac would have been the first to tell you that he was nowhere near Morris Giles or Marvin Dandridge in ability), I believe that Isaac had the honor of being the highest-rated active African-American tournament chess player in metropolitan Chicago at the time of his death. (Apologies if I'm overlooking someone.) His tactical sight was amazingly fast, far faster than mine and (in my opinion) faster than that of many 2300 players. There were some obvious and gaping holes in his play (as there are in mine: that's why we 2100-ish players are not masters), but there was no reason to think that with good health and a little study, he would not break that barrier soon.

Isaac looked healthier than he had for years: he'd lost considerable weight and looked like the handsome teenager I'd met in the 1990s. But he was undergoing a crisis of chess form in this year's CICL play. Not a big deal, I thought, it's something all players go through, especially those who live by the tactical sword. For example, in our match against the Citadel / U of Chicago superteam some weeks ago, he got destroyed on the White side of a Milner-Barry. (Sidebar about chess opening references in obituaries: I met a NM who's a friend of Craig Chellstorp at the funeral of a mutual friend last fall, and immediately said, "Did you know that Chellstorp was the first to play the Benko Gambit against Benko?"  My wife—good at providing clues to the clueless—nudged me and said, "He really doesn't want to talk about chess.")   Soon after that game, Isaac told us that he would not be available for the remainder of the season. It wasn't us, it was his personal problems: 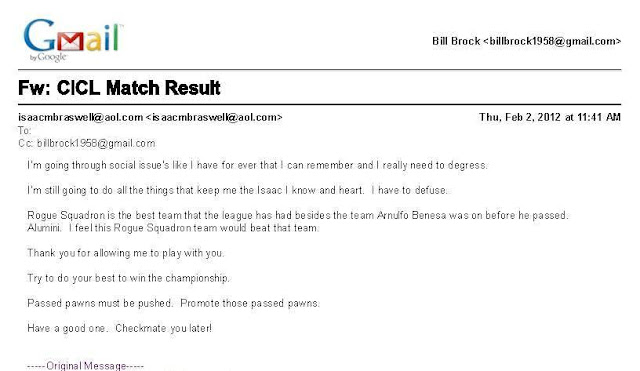 Shortly thereafter, I was scheduled to play for one of the Evanston teams on the U.S. Amateur Team North. I asked Isaac whether he'd be available, and he immediately accepted.

I picked him up on Friday, February 18th, at Chicago and Dearborn. He greeted a friend, apparently a fellow Lawson YMCA resident, with a hug before he got in my car. We drove to Northbrook, talking shop and listening to Little Steven's Underground Garage.  I knew he was a jazz aficionado, but had no idea his knowledge of rock music was equally deep.

Two days later, I picked him up in the same spot, but he crossed Dearborn from the west, apparently coming from his girlfriend's home. We talked openings and listened to A Love Supreme. Isaac had lost to NM Sasha Velikanov the previous day, but won his next two games.

Between rounds 4 and 5 (still Sunday the 20th), Isaac and I were analyzing in the skittles room.  It was driving me crazy that he could see so much more than I could, and yet missing so much because of his  impulsiveness. I was trying to get him to slow down his analysis by teasing him mercilessly for the benefit of a small audience (you know who you are).  He was making grand pronunciamentos about the relevance of chess to life: I was saying "stop making sweeping generalizations, look at the darn position." My ribbing was intended to be good-natured—getting to the truth of a position has a lot to do with stripping away our preconceptions—but I wonder now whether I hurt his feelings.

So we go upstairs for round five.  Isaac played a speculative attack against Daniel Parmet, which Daniel defused without too much trouble.  It seemed to me that the game had reached a typical moment.  The Black king was walking, but White had almost run out of ammo, and had to find a move to keep Black from  consolidating and winning easily. But Isaac found an amazing sacrifice (still objectively losing) that kept the game alive.  In a computer vs. computer match, Black would win every time.  But Isaac caught Daniel in a surprising mating net.  Cool game!  He caught a ride home with a friend, and I called him to congratulate his brilliant play.  We tied for second in the USAT North (only fifth on tiebreaks, but still a great result), and Isaac's wins were critical to our success.

Isaac was so buoyed by the weekend that he returned to CICL play.  He won a game against our worthy opponents at DRW that enabled us to hold DRW to a 3-3 tie and clinched the Rogue Squadron's spot in the Industrial League playoffs.  Later that same evening, a good friend talked to Isaac for hours, and learned of his many troubles.

We had a big ratings advantage for the Tradelink match (Rogue Squadron is an "alumni" team drawing from veterans of many different CICL teams, while the Tradelink players are indeed traders and thus a "pure" team). We were expected to win fairly handily on the lower boards, which we did.  But both Isaac and I fell into opening difficulties against Tony Jasaitas and Mack Smith, respectively.  I eventually won; Isaac told me that he was probably lost against Tony, but didn't look too worried, and was in apparent good spirits.  I left (we were leading 5-0).  Isaac somehow turned an unattractive ending into a win.  6-0 shutout: not bad.  Tradelink took the loss in stride, and the two teams exchanged analysis of several interesting games the next day, Friday, March 2nd.

That very same day, Isaac took his life.  According to one eyewitness account (third-hand to me, but I know the intermediate sources very well), the witness "stood next to Isaac on the L platform before he mumbled something [...] and made a swan-style dive in front of an L train."  The coroner's ID was only made two days ago (Thursday), and the chess community only found out yesterday.

If I did not know the man, I would say that was a selfish and inconsiderate way of ending one's life.  But I cannot judge Isaac by the last minute of his life.  None of us know, or can know, what he had endured.

Isaac was one of the kindest and most good-natured people I've ever known.  He "struggled daily with the demons of his past," as a friend wrote, but he made other people smile.  He was enthusiastic in his passions, whether mastery of chess or tyro at classical guitar, and he was enthusiastic about the success of his friends, always ready with smiles, laughs, and compliments.

In the last week of his life, someone reflexively asked Isaac what he did for a living, not realizing that Isaac was unable to work full-time because of his disability.  Isaac's response was classic Isaac: "I'm blessed."

Feeling depressed?  It gets better.  You have friends in this world.

Posted by Bill Brock at 4:18 PM No comments: 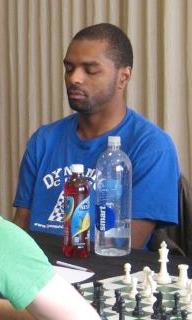 Update 3/10/12: Isaac's aunt is in town making arrangements.  We are trying to contact her via Lawson YMCA.  Lawson itself is planning a memorial, probably on Tuesday.  That's all I know at the moment: would appreciate info from those who know more.

Update 3/10 p.m (unconfirmed as of now, per a kind anon in comments).: the Lawson YMCA memorial service for Isaac will be held this Tuesday March 13th at 30 W.Chicago Avenue at 11:00 a.m.

Another email cut-and-paste: if you can't make it to Peoria next weekend, this is a nice alternative: Seirawan is a wonderful lecturer.

The Greater Peoria Chess Federation always organizes quality events, the Lakeview Museum is a great site, and you still have a couple days to enter this two-day event for only $35!  Have fun and boost your standing on the 2012 Illinois Tour....

A reliable rumor has it that the greatest thing since sliced bread will soon be unveiled.
Posted by Bill Brock at 4:30 PM No comments:

Of the 540 players in the four sections of the ICA K-8 Championships, only Stefan Musikic scored a perfect 7-0.  Stefan won the 86-player K-1 section by a full point over Nikolai Rhodes and Kelebrant Hays, each of whom scored 6-1, losing only to Musikic.  Aaron Gan, Emmanuel Antony, and Vishal Yelamanchili each scored 5½-1½ for equal fourth place.

Thanks to all who played, worked, parented, and volunteered at this event!
Posted by Bill Brock at 4:08 PM 1 comment:

Top-ranked Jason Daniels (1576) was held to a draw by Si Li (1019) in round 4, but won all other games to take clear first with 6½-½.  Shreya Mangalam, Sean Yu Li, Brian Gong, Kushal Mungee, and Ivan Mitkov tied for second with impressive 6-1 scores.

Posted by Bill Brock at 3:59 PM No comments:

Congratulations to Miranda, who had a result that most adults would be delighted with: her 6½-½ score included three wins and a draw against Class B players in the last four rounds!  Vincent Do, Nikhil Kalghatgi, Hanson Hao, Akhil Kalghtgi, Chetan Reddy, Jonathan Tan

Crosstable here: 183 players in this section, including some very strong young players!  5 points was a very impressive score in this section....
Posted by Bill Brock at 3:53 PM No comments:

The results are in from Rockford!